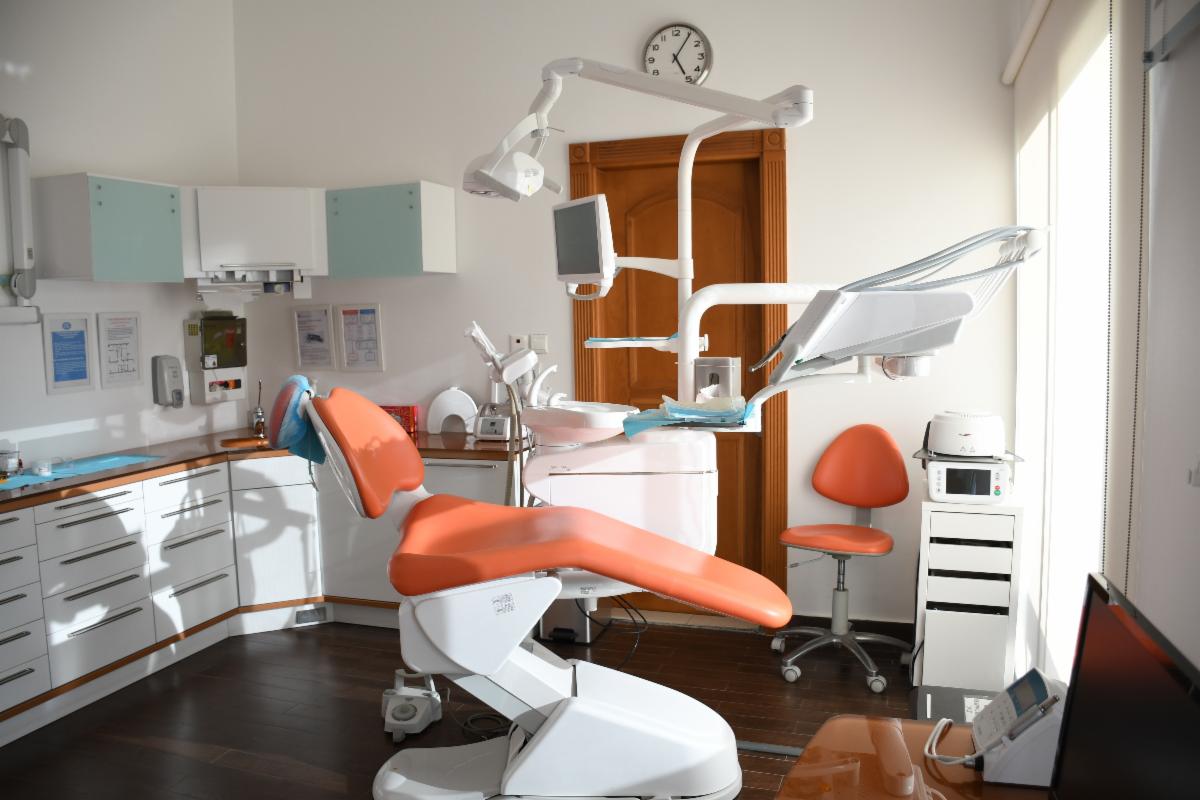 I love my dentist but I have mixed feelings about my oral surgeon.

It’s not about anything medical.

It’s just that for our first two appointments he’s kept me waiting excessively.

The first time because his previous extraction ran over.

(Which I suppose is a reasonable excuse).

But for our previous appointment, even though we’d confirmed everything by text, he’d neglected to input it into the system (or something) and so I was left in the reception area for over an hour, floating like driftwood and watching a loud rerun of The View.

We had a “heart to heart”––well, basically I expressed my annoyance which was a 7 on the scale from Total Zen to Absolute Outrage.

Although I do value my own time, the truth is that I value Vlad’s time more, and our next appointment was going to be by far our longest uncrated moment yet.

Prior to this, as I’ve reported, I’ve left Vlad alone for two 30-minute jump rope sessions.

On both occasions, he’s had 30-45 seconds of an agonized yelping, and then waiting by the door.

(I know this because I zoom record the entire experience HERE).

Earlier in the week, I pushed the experiment further with a haircut and beard trim trip that took exactly one hour.

Again, another patient waiting by the door…

Yet traveling into the city and seeing an oral surgeon with a tendency to keep me waiting for more than an hour was potentially testing both Vlad and my (and the upholstery’s) limits.

﻿Speaking of growing up and rites of passage…

I’ve been thinking a lot about cycles and personal growth, inspired in part because of the play I’m writing at the pace of a very committed, very consistent snail.

There are three main characters and I’ve been trying to determine their exact ages.

Last week I decided it just made sense if they were all experiencing their first Saturn Return, making them around 28 or 29.

I began digging deeper into the concept of the Saturn Return since it repeats every 29 years so.

When I looked up my own with an online astrological calculator, I was able to look back on what 28-ish me was doing at the time, what I was grappling with on the early road to maturity.

It made a lot of sense.

The online calculator gave me my second and my third (when I’m in my 80s) but what was perhaps most intriguing is that that the site calculated my fourth Saturn Return, when I will be a young 116-119.

What was more delightful and astonishing though is that when I looked up my mother’s Saturn Returns––the first was close to my birth; her third was last year––I found an even greater spirit of cosmic optimism.

The calculator offered a Fifth Saturn Return for her on March 8 of 2080 when she will be a mere 147 years old.

The key concept of the Saturn Return is reaching a new degree of maturity.

It’s about rising to the challenges of our karmic path or more simply put, growing up.

Whether it’s the first, second, third, or in my mother’s case, fourth, return it signifies the possibility of graduating to new levels of wisdom, of fully coming into our own and being of greater value to the world.

And it certainly beats the alternative of the infamous “27 Club,” the musicians and artists who all died at 27.

It’s mind boggling to think what those artist would have created, what beauty and truth they would have offered us, had they endured Saturn’s Challenges.

On my way to the oral surgeon (and in the waiting room), I read a large chunk of a terrific book, The Psychology of Money.

Chapter 14 is all about how apparently we are all poor forecasters of our future selves.

Psychologists label it “The End of History Illusion.”

It’s more or less the concept that while we are often extremely aware of how much we’ve grown and how far we’ve come, we tend to dramatically underestimate how much of our lives are going to change in the future.

According to Harvard psychologist Daniel Gilbert it’s why:

We’re all participating in an illusion that we’ve arrived.

That the people we are now is who we are and who we will always be.

Like the five year-old-boy who can’t imagine anything greater than driving a tractor, our career dreams and life goals and core relationships are almost certainly going to shift.

The problem is we make so many of our decisions without the input from our Future Self who is, more or less, someone we might not be able to pick out of a police lineup.

Many of you wrote to me that I hadn’t yet posted the first video Timelapse of leaving Vlad alone.

I have now and it’s HERE.

(I strongly recommend listening with the sound).

Like Olivia Rodrigo, Vlad really is a “Spicy Pisces.”

He lives his life at an operatic level of feeling.

Anyway, regarding my opening narrative, I cannot keep you in suspense any longer.

The zoom recording reveals only 40 seconds of existential crisis when I left.

Vlad then spent 1 hour and forty-five minutes of that by the door.

The last fifteen he decided it was safe to move twenty feet to the office sofa.

﻿I think he’s beginning to realize that I am ALWAYS coming home to him.

I have more to share on these topics including a significant synchronicity this week.

For now, however, I felt that it was enough to report that Vlad and my oral surgeons and I have reached a new milestone.

Beyond that, I want to make it clear that…

Saturn, whatever its challenges, is definitely the most beautiful of all the planets.

There’s a fantastic essay about that in The Atlantic HERE.

Did you know that Saturn has over 150 moons?

That it’s probably the oldest planet?

Or that Galileo in 1610 was the first human to actually see its rings?

And that the rings are so thin that sometimes they tilt at an angle where they vanish for years from our earthly view?

Indeed, they are a cosmic mystery:

“To a particular bent of mind,
the rings’ sheer aesthetic strangeness suggests
that many unimagined wonders may be waiting for us
in the starry reaches of our galaxy and beyond.
They tell us that nature may have many fantastical permutations,
unknowable to us who see so little.”

Said another way, they remind us that unless we awaken, we are inclined to be perpetually deluded by The End of History Illusion.

Indeed, what’s ahead of us is so much more than we have the capacity to imagine.﻿