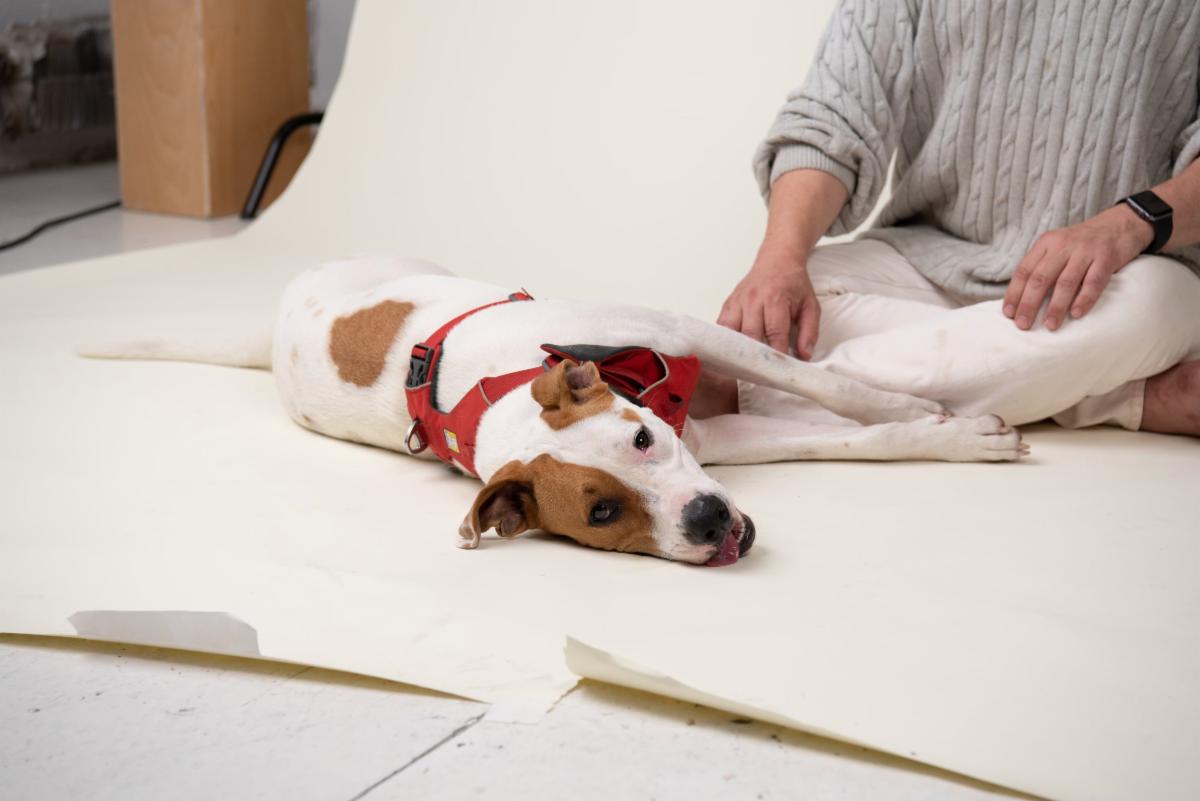 At the end of the day, my chocolate lab Belle was always the perfect lady.

She was the straight-A student (and class president) who was kind to all her friends and still found time to read to the blind.

He’s definitely Belle’s younger brother, but he’s the one I’m picking up at least twice a week after school at the principal’s office.

Sometimes for a well-executed prank.

Other times for getting into a scrape where he defends the nerdy kid.

In teen movies he’d be cast as the quarterback who also secretly wants to be in the musical.

Don’t get me wrong.

At the same time, despite his epic sweetness, he’s more than a little bratty.

﻿That’s why––despite this month’s new meditation of being Limitless HERE-–reining him in, giving him some LIMITS, is now the top priority on my To Do List.

Defining limits is always challenging, particularly when it comes to ourselves, our journey and especially our identity.

That why I really love this poem by Wendell Berry.

Often the roadblock and the blank canvas are necessary but illusory obstacles.

Sometimes it’s only when we come to what seems like an absolute ending that we’re able to realize we’re actually at the true beginning.

My favorite example of a limit that’s necessary is the butterfly emerging from its chrysalis.

Not only is the timing essential, the right moment to emerge is known only to the butterfly.

Most importantly, a necessary part of the butterfly’s process IS the struggle.

The challenge of trying to emerge from its confines releases essential chemicals, ones that strengthen and allow their wings to form properly.

Without enough resistance, prematurely freed, a butterfly will never be able to take flight.

Thus, however well intended, trying to help a butterfly emerge too soon from its chrysalis is almost always a mistake, often a fatal one.

The kindest thing you can do is let them struggle.

In other words, as Elton John sang (and Bernie Taupin wrote) you’ve got to let them (and lots of people)…

Yet on the other hand…

A lifetime ago, in a successful effort to avoid pricy litigation (and because we lived on different continents), I struggled through a series of excruciating mediation meetings.

Although there were a number of jaw-dropping moments––I still regret that we weren’t filming for a reality show––one in particular still stands out.

After I detailed my legitimate grievances, the other party countered with how successful the period in question had nonetheless been for me.

He argued, in other words, that by paving my way with endless difficulties he had stimulated greater, more expansive achievements.

This pathological level of hubris and bravura was truly mind-boggling.

Even if dramatic growth and self-improvement are the results, narcissistic villainy is NOT equivalent to supportive life coaching.

After all, we don’t build statues to diseases, just to the people who cured them.

In the ballpark this week, he got a little too adventurous.

I don’t want to tattle on him but let’s just say he’s a little too social and way too clever for his own good.

Thus, for the moment, except in my building’s dog run, he’s lost all his “outdoor off-leash” privileges.

Please note: In our apartment, his response to my commands is flawless.

Yet in the baseball field, he regards them merely as casual suggestions, ones he can disregard until he’s ready.

I’m more or less his waiter, reading off the night’s specials.

He’ll let me know if anything interests him.

While I have strongly considered packing his things and sending him off to military school, instead we’re increasing his training exponentially.

And I must be honest here.

I have to admit that I have been a bit laissez-faire in that arena, mostly because 90% of his behavior is excellent.

But it’s that remaining 10% that we now have to address.

It’s the exception that proves the rule.

What the saying really should be is:

It’s the exception that proves the rule’s necessity.

Returning to the theme of limits regarding identity….

For me (and for many), the hardest part is always the self-promotional element.

I’d rather write a short novella than turn in a concise, sales-worthy bio.

Knowing exactly what to say about yourself is difficult and weird.

For me, it’s a constant awkward dance between brain fog, overselling, and/or humble-bragging.

I take great comfort that no less than the great philosopher Alan Watts shared my dilemma.

In fact, he made it a philosophical cornerstone:

“Trying to define yourself
is like trying to bite your own teeth.”

I see, more and more, that we have to create definitions that embrace duality, much like we do for light.

Light is both a particle AND a wave.

We are indeed Limitless and we desperately need limits.

I hope the Meditation of the Month connects you with the former possibility HERE.

And at the same time, like the butterfly needing the struggle with the chrysalis or Vlad needing some discipline on the playground, I want to remind us all that a dose of limitation is equally essential.

You may be able to do anything, but you can’t do everything.

And, after all, as Wendell Berry tells us:

The impeded stream is the one that sings.

PrevPreviousUncovering the Angel Thief
NextHow NOT to Boil the FrogNext