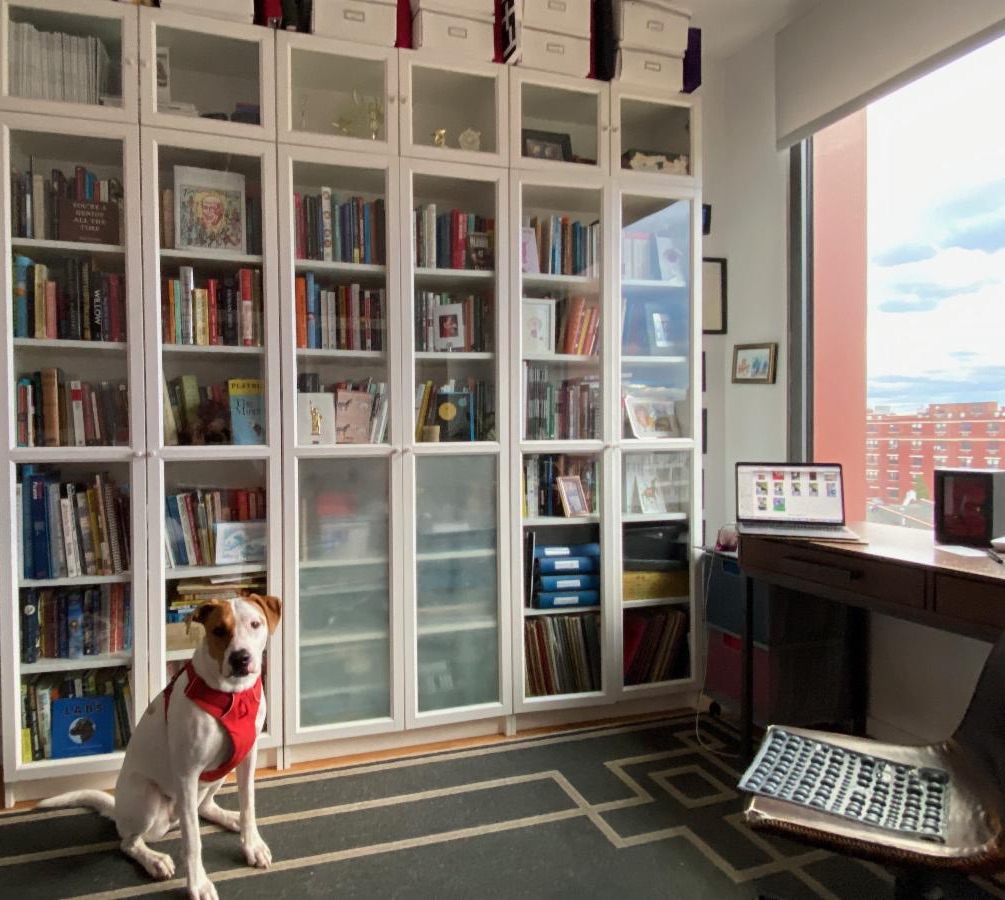 About a decade ago I had my annual eye exam.

Midway through it, I commented to the doctor that the background music playing in the office was surprisingly interesting and asked if she knew what it was.

She looked at me quizzically, then replied:

“You realize the music’s coming from you, right?”

Somehow I’d activated a forgotten playlist on my iPhone buried deep in my blazer.

I asked the doctor why she hadn’t mentioned that I was subtly blasting music.

She merely shrugged and said:

“I just figured you came with your own soundtrack.”

Around 2,5000 years ago, the Greek philosopher Heraclitus said it best:

More and more, I see how true that is.

She’s lived enough years astutely observing quiet English village life in St. Mary Mead that she can readily deduce from past examples who’s most likely to have committed the crime.

This principle is echoed in the series finale of Killing Eve, when Carolyn despite or perhaps because of her on-again | off-again relationship with MI6 says:

“One of the great unspoken truths
of life, Eve, is that people
behave exactly as you expect them to.”

A few years after college I found myself working briefly in LA for a Devil Wears Prada-like figure at a major ad agency.

My unique combination of stellar computer skills and––since I was merely a temp––an almost Buddha-level of laissez-faire detachment meant that I was somehow the most sought-after assistant.

(Basically, I was both remarkably efficient AND cheerful, mostly because I had absolutely nothing at stake.)

When Madame X arrived for her first day as head of some new global division, the disruption was truly seismic.

Within minutes, she’d told me she’d need to combine her corner office with the one next to it and that all her furniture needed to be replaced.

Since her accounts made her a huge media buyer, her office was already flooded with congratulatory bouquets from every publication imaginable.

When I asked what she was looking for in terms of new furniture––and I swear this is true––she simply tore a petal from a bouquet saying:

“Mauve. I want everything in this exact shade of mauve.”

Yes, it was quite trippy to soon be visiting office furniture stores trying to match a stray dahlia or hydrangea petal but that’s not why I’m recounting Madame X.

I’m remembering more what happened when she called everyone into a meeting that day to (mostly) reassure them she wouldn’t be firing everyone automatically.

What was striking to me in that moment is that when she spoke publicly she referred to herself in the third person:

“If there’s one thing people know about Madame X
it’s that she’s tough but fair.”

She’d verbally separated herself from herself, her reputation from her reality.

Indeed, she completely reveled in the theater she was making, literally redesigning her stage and letting us know by referring to herself in the third person that she was playing a character, one somehow separate yet indivisible from herself.

I don’t know if any of this reassured any salaried employees…but for 25 year-old Me the Temp it was utterly fascinating, corporate exec takeover as spectacle.

I really like this poem by Juan Ramón Jiménez:

I am this one

walking beside me whom I do not see,

whom at times I manage to visit,

and whom at other times I forget;

the one who remains silent while I talk,

the one who forgives, sweet, when I hate,

the one who takes a walk when I am indoors,

the one who will remain standing when I die.

I also like another Jiménez quote, one Ray Bradbury saw fit to make the epigraph of Fahrenheit 451:

“If they give you ruled paper, write the other way.”

I’ve often been with actors I’m working with as we examine a clip or even just a still photo of their performance.

Many times the actor reacts by saying “Yes, He/She looks pretty good here…” or “I feel sorry (or happy) for Him / Her in the scene.”

Note: They’re not having a psychotic break (mostly).

They know they’re looking at a recording of themselves.

And yet on a psychic level, they’ve moved several degrees away.

So far, in fact, that they barely identify with the representation they’ve left behind.

They are happy to take credit for it––and to get paid and rewarded and yes, no doubt critiqued as well––but it’s just not them anymore.

How wonderful to have that wiggle room around identity, to live from a place where everything we do is not necessarily absolutely and undeniably us, but rather merely a role we’re playing, a character we’ve taken on for the duration of the run.

Madame X had that ability and look what it got her: an instantly expanded office full of mauve furniture.

Imagine what it could do for you.

It’s been quite a while since I’ve had a steady paycheck.

The last ones I had were from a place I have mostly excellent memories of and where I made some dazzling friendships, ones I have to this day.

There were, however, some frustrating moments during an extended renovation where invisible management was less than concerned with our well-being.

Channeling the laissez-faire cheerfulness of my 25 year-old temp self, each time I was ready to walk out in protest, instead I did the following:

And then another and another.

Please note, my trophies were always for something I authentically deserved––something a truly just universe would have acknowledged and rewarded me with on its own.

I’d have something engraved and delivered within the week.

These plastic tokens cost around $15 each but they were invaluable.

I credit them with preventing a fiery walkout and then morning-after regret.

An apartment ago, they were displayed prominently in my old office at eye level, but now they’re floating in the middle top of this bookcase, behind the frosted glass.

While those days are long gone and, even though all these awards are all quite imaginary, I still think it’s more tasteful not to brag.

To expand on what my optometrist noted, we may indeed all come with our own soundtracks.

The tragedy is that so few of us realize that the music is coming directly from us.

Perhaps, like good actors and Madame X do, we can learn to separate a bit from the roles we’re playing and who we really are.

As Jiménez writes, we can more often be the one that “at times I manage to visit.“

Yes, character IS destiny but if our character includes the capacity for change,for authentic growth, then truly anything is possible.

In fact, it might just be as simple as changing the playlist.