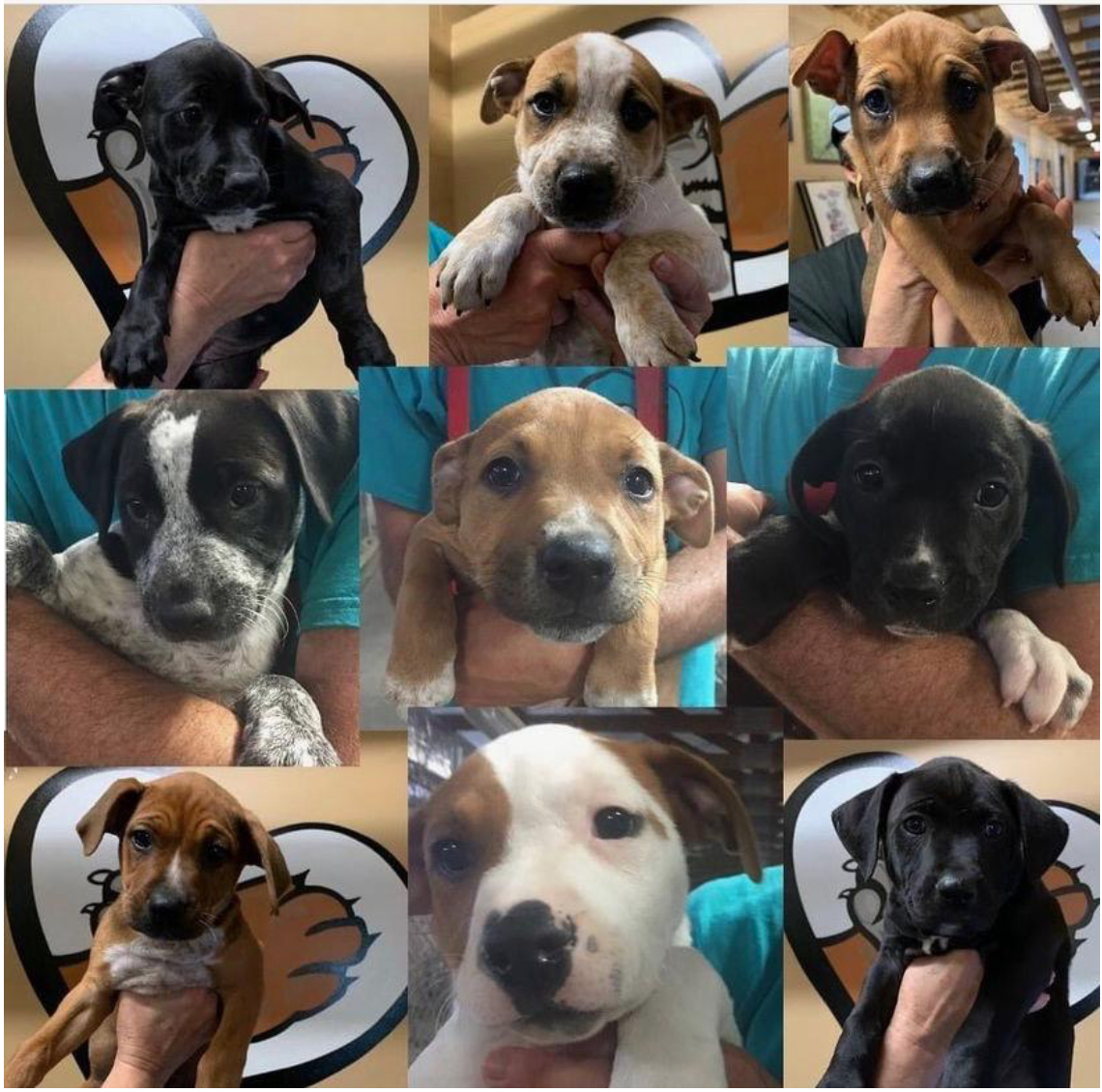 She was perhaps the fiercest, most terrifying person I’ve ever met.

And she was maybe at most 5 feet tall.

Trust me, I have A LOT of stories…but one of her catchphrases (when yelling at you) still resonates today:

Lately, I’ve been having trouble focusing, particularly around making decisions.

In fact, I’ve been telling people I have CDSF-PTSD.

Perhaps you can identify?

And that’s why this month’s meditation theme is Clarity HERE.

When you’re training a puppy, clarity is incredibly important.

Your communications must be not only succinct but also consistent.

Like Mother Marie Arthur, you must establish and maintain a sense of firm authority.

You cannot merely suggest; you must (gently) command.

And you need to be entirely focused in the present.

Disciplining them for something that happened three minutes ago is utterly pointless.

Nuanced conversations have no value.

Clarity is all that matters.

And yet––sorry Mother Marie Arthur––“clear as clear” has value, but…there’s also something to be said for the mud.

In fact, everyone from Buddhist monk and spiritual teacher Thich Nhat Hanh to Hollywood legend Goldie Hawn has noted that the lotus is often considered the most beautiful flower…and yet it only grows out of the mud.

Goldie even titled her autobiography A Lotus Grows in the Mud, saying:

“In order to grow and gain wisdom,
first you must have the mud —
the obstacles of life and its suffering…
The mud speaks of the common ground that humans share,
no matter what our stations in life.”

﻿In an Instagram world where it’s all lotuses (with the mud photoshopped out), this is increasingly easy to forget.

One of my very favorite songs is The Waters of March or Águas de Março.

Written by Antônio Carlos Jobim in 1972, it’s #1 on most lists of the greatest Brazilian songs.

(Side note: Jobim also played piano and composed most of the tracks on the seminal 1965 album Getz/Gilberto, the first Jazz album to win a grammy for Album of the Year).

The Waters of March captures how everything gets carried away in the torrents of rain at the end of the Brazilian summer in March.

Interestingly, Jobim wrote the English lyrics as well, changing them only slightly to reflect that March for much of the English-speaking world represents the rebirth of Spring.

In English or Portuguese, the lyrics speak about the “promise of life” along with a stream of consciousness series of images both positive and negative.

And while the phrases “the joy in your heart” is repeated throughout, my favorite line is the verse that repeats “it’s the mud…It’s the mud.”

(If you’re curious, I’ll save you time: HERE’s a playlist of some of my favorite versions.)

Sometimes we think that, like finding a lost winning lottery ticket, clarity is something we have to strive for and recover no matter the effort involved.

And yet, as with the mud, clarity is often only achieved by letting things settle.

The more we stir things up in our searching, the muddier it gets.

“You are the sky.
The clouds are what happens,
what comes and goes.”

Or as the great Pema Chödrön wrote:

“You are the sky.
Everything else – it’s just the weather.”

I also love how the Findhorn Angel card defines Clarity:

Seeing the world as it is
without your projections, judgments, and assumptions.

In some ways, it’s exactly like what Rumi said about love 800 years ago:

Your task is not to seek for love,
but merely to seek and find all the barriers
within yourself that you have built against it.

It’s about elimination not addition.

It’s my hope that the new meditation HERE might help a bit with that process.

Every morning you can find Vlad and his happy puppy crew (and me) in the baseball field across my building.

Dr. Cuddles allows us to have the best of both worlds:

Perhaps even Mother Marie Arthur would approve of that combination.