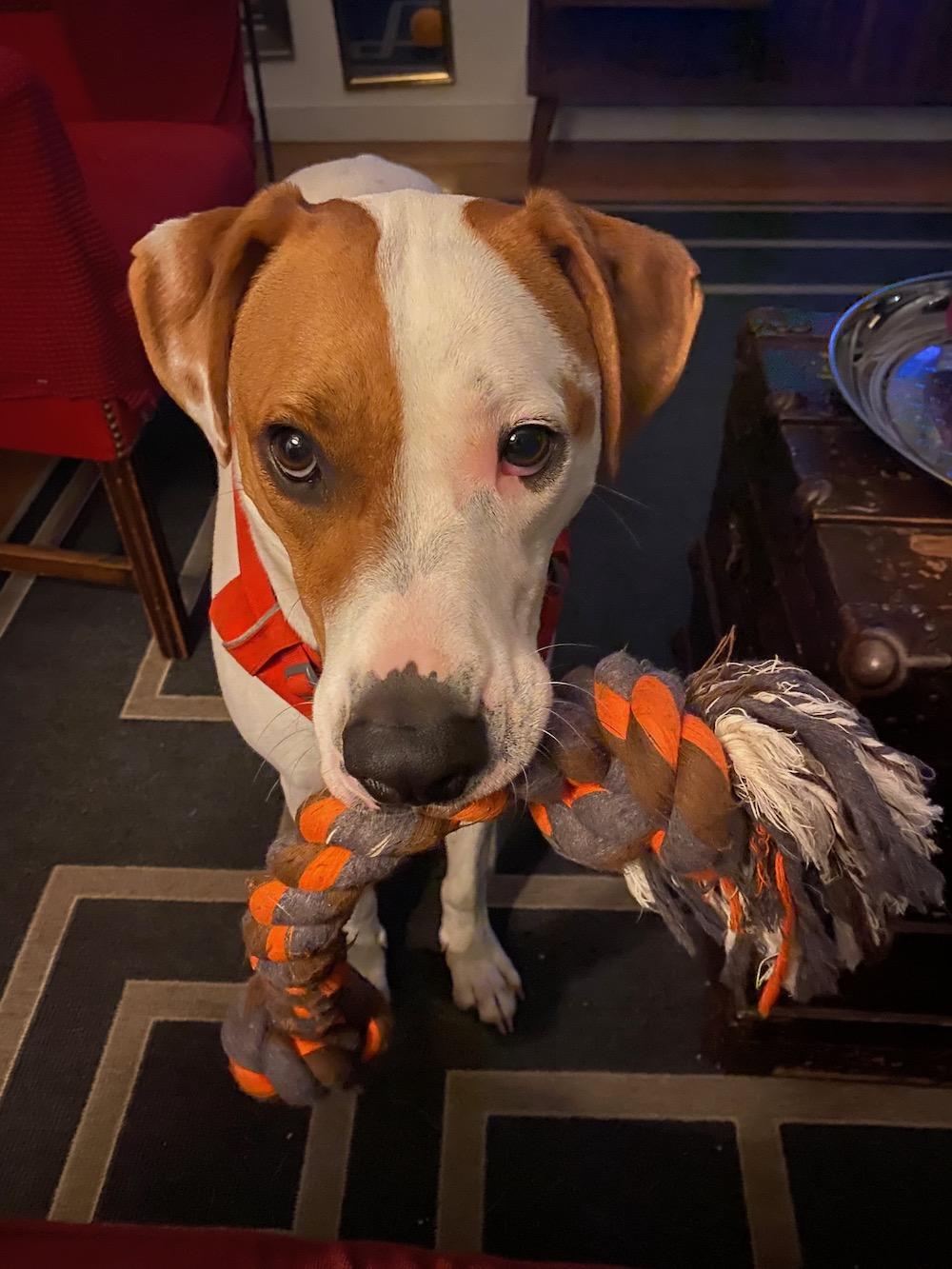 Depending on your perspective, it’s either very cute or slightly creepy.

It was announced this week that rats are being trained to rescue humans from collapsed buildings.

Equipped with tiny backpacks, they’re ideally suited for the job.

Rats love to explore and sift through rubble, and are delighted to be rewarded by their trainers whenever they find someone.

The training is still in the experimental stages and seems quite promising.

I can imagine that the moment of rescue––especially those terrified of rodents––might illicit a wide range of emotions.

Nonetheless, I think anyone being rescued in a structure collapsed by hurricane, earthquake, or flood will ultimately be grateful for this possibility,for survival.

I wrote last week about Twyla Tharp’s masterwork In The Upper Room, the theme of which is Survival.

Many wrote back to me to share their own experiences around that.

It was also echoed to me this week when someone very dear to me was unexpectedly hospitalized.

I’ll keep that story private (of course) but I can reflect on some of what I’ve been processing around the topic.

First, there’s a moment when you get jarring news and suddenly not only are the stakes raised, it’s as though you’re playing an entirely different game.

Second, if you allow it, there’s a tremendous opportunity to reevaluate what’s important and what’s not.

In the midst of real life drama, another dear friend took us to a preview of Mike Birbiglia’s brilliant and hilarious The Old Man & The Pool at Lincoln Center.

I was familiar with Birbiglia’s work on Billions but not his one-man shows, many of which, like his Sleepwalk with Me, focus on his health issues.

For example, not only has he survived bladder cancer, Birbiglia has a rapid eye movement sleep disorder that caused him to jump out a second-story motel window while on tour, requiring 33 stitches in his leg.

(I know this doesn’t sound particularly humorous, but trust me, it is).

Anyway, amongst the great moments in the show is when he recounts a quote from the quirky rock musician Warren Zevonwhose biggest hit was Werewolves of London.

This move was 40 years earlier but …

Zevon was a favorite guest on David Letterman.

After a diagnosis of terminal cancer, he made his last appearance on the show on October 30, 2002.

(Depending on when you’re reading this, synchronistically, that was exactly 30 years ago to the very day).

Zevon wanted to be the only guest that night and he was, but what stood out even more than any of the hits he played were his final remarks.

Earlier in the episode he’d spoken about how when faced with death you “put more value on every minute.”

In the final moments of the interview, Letterman asked him if knowing he had terminal cancer had shown him something new about life and death, something, Dave asked, “that maybe I don’t know.”

“Not unless I know how much,how much you’re supposed to enjoy every sandwich.”

I often yearn for a simpler time when creators didn’t also have to be marketers in order to survive.

(Although that may be completely fanciful revisionist history on my part; perhaps the most successful artists always were and are).

This week, I realized that almost a year ago bought a bundle of programs from a marketing guru that I’d never explored.

As we’re strategizing some 2023 launches, it seemed wise to have a look.

There was plenty of useful content, most of it about ruthlessly measuring every response until you’d fine-tuned yourself into a people-pleasing media juggernaut.

What was perhaps more telling though, is that nearly all the links to the supplemental videos had become corrupted.

Each time I clicked on one, no matter what browser I used, I’d get a warning saying some version of––

“This Connection Cannot be Trusted.”

On a metaphysical level, re: the constant pursuit of followers, it seemed the perfect confirmation from the Universe.

When your top goal is building Vanity Metrics, indeed that kind of connection cannot be trusted at all.

As I’ve been thinking a lot about survival lately, I’ve also done some research on the term “Survival Mode.”

It’s what allows us to go on living when our very existence is threatened.

It’s only a problem when we get stuck there, experiencing crisis after crisis, or worse, manufacturing, misinterpreting, or imagining them in the present.

I’ve been looking at some ways I still do that, reacting as though my very survival was at stake when really…it’s just an email.

And in researching, my memory was also refreshed about this:

While fight, flight, and freeze are the primary responses of survival mode, there’s also a secondary one: fawn.

Fawning, according to WebMD, happens when the first three responses fail to save us, particularly in abusive families or situations.

Fawning can be tricky to identity because it’s related to positive things that unfortunately are taken too far.

• Trying to be overly helpful

• Having one’s primary (and overwhelming) concern be making someone else happy.

The price of survival, in other words, is overdependence on the opinions of others and having little to no boundaries.

That’s a deal with life that definitely needs to be renegotiated.

I can’t help but connect the survival mode of fawning with so much of social media, particularly having experienced a course whose connections were NOT to be trusted.

There are just so many parallels about having a primary motivation of self-presentation to make others happy (or impressed or envious) and survival mode.

When things are shaken up by life––whether or not that involves a hospitalization or another legitimate crisis––and the emphasis becomes about actual survival, ideally it makes you focus on what’s actually important, the real connections you have.

Bonds can be formed at all sorts of times, but in my own life, they have been most strongly forged and strengthened during crisis.

Yes, perhaps if the building suddenly collapses around you, sometimes you might just have to let the rats rescue you.

But more often than not, when you look back on it, the people who really helped you survive were your truest friends, the connections that could actually be trusted.